Here’s all you need to know about Coast to Coast; full competition breakdown and details are included below!

We’re on the hunt for the cities and states throughout the U.S. that are producing the BEST musical talent, which is why LUM and Soundcore are partnering up to host one of the largest digital competitions in music: Coast to Coast!

WHAT IS COAST TO COAST?

Everyone in the music industry knows that there is fierce competition within local music scenes and even rivalries that cross state lines. So, why not have a huge competition to truly settle the score?

“Houston rap is the best… No! Brooklyn has the best hip-hop, hands down…”

These conversations happen every day, all over the country, and now it’s time to answer one question: Which city or state will rise above the rest and claim the grand prize of $25,000?

Of course, we could not host the Coast to Coast competition without calling in some MAJOR support. So, we connected with some of the hottest names in the music industry to captain the competition.

Chicago rapper Calboy, Wild ’n Out host Justina Valentine, hip-hop artist Dax, and the extremely talented Dream Doll will champion the artists, cities, and states that are a part of the tournament. Click here 3 to get to know the official Coast to Coast Captains. 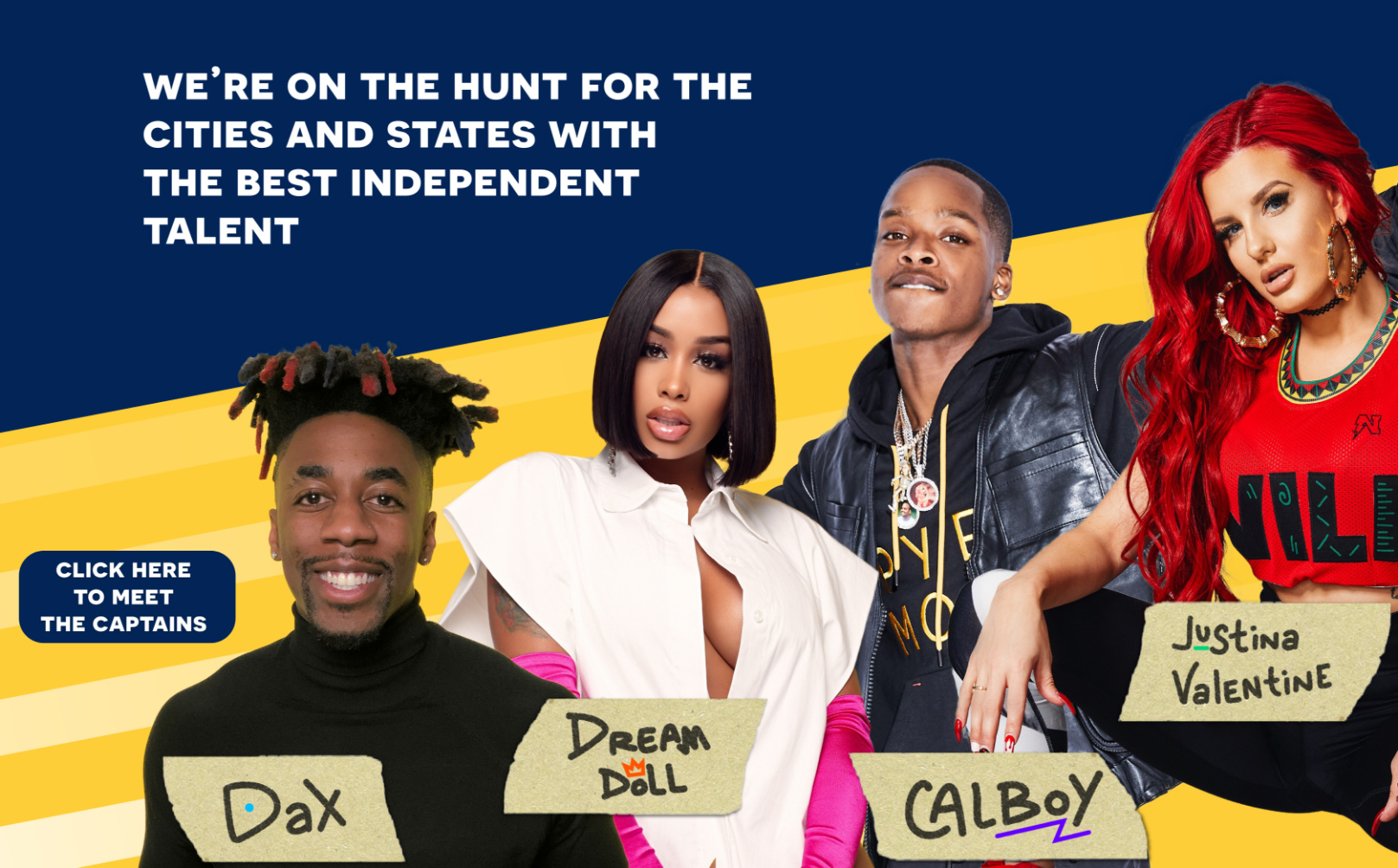 HOW IS COAST TO COAST ACTUALLY GOING TO WORK?

As we mentioned above, the Coast to Coast competition aims to determine the locations throughout the US that are producing today’s next generation of stars.

So… we’ve mentioned captains, regions, cities, states, $$$, and a tournament. But what exactly is Coast to Coast, and how will it work?

Read below for all you need to know!

From May 10th through May 24th, independent artists from all over the country will have the opportunity to apply to take part in Coast to Coast. A judge panel consisting of Soundcore, LÜM, and the 4 Captains will choose 5 artists to represent each of their respective cities or states following the close of the application period.

The 5 artists from each city or state will comprise the list of artists who are entered into the competition’s official tournament. In total, 160 of the most talented independent artists from across the U.S. will be the Official Coast to Coast Artists!

HOW IS THE TOURNAMENT STRUCTURED?

The actual competition tournament will feature 4 Regions in the U.S. – East, South, West, and Midwest. Each of the 4 Regions will be made up of 8 locations, with 32 locations in total. These 32 locations will then be represented by each respective group of 5 artists selected by the judge panel.

The tournament itself will be structured with bracket-style elimination featuring head-to-head matchups between the various cities and states. There will then be multiple rounds of voting until one location is determined to be the winner. Think of it as a similar structure to the NFL Playoffs or NCAA March Madness!

Which city or state will have the talent it takes to claim not only the “Champions” title of the first annual Coast to Coast competition but also the $25,000 grand prize?

Sound fun? Well, let the games begin, and let’s find out which location has the most musical talent in the United States!

If you think you or an artist you know would be a strong Coast to Coast competitor, click here 3 to learn more and sign up for updates.

Stay tuned for more information as the Soundcore Collective will be the primary “home” for updates throughout the competition. You can also click here to view more specific details about competition entry, timeline, and prizes!