(Image via Shaderoom) (Written by MinnieTellsItAll)

On February 10, rumors sparked and spread like wildfire about the lovely actress, Lauren London. Reported by the Los Angeles Sentinel, the ATL actress was allegedly confirmed pregnant and hosting an intimate baby shower later in the week. It definitely got the people talking considering no one had any idea who London may have been dating recently. This is because prior to his horrific death in March of 2019, she was with the late Nipsey Hussle.

According to Lauren herself and those closest to her, those reports are 100% false and inaccurate. J-Roc, who was Nipsey’s bodyguard before his untimely death, also shut down this speculation. He went on to label the report as “fake news.” 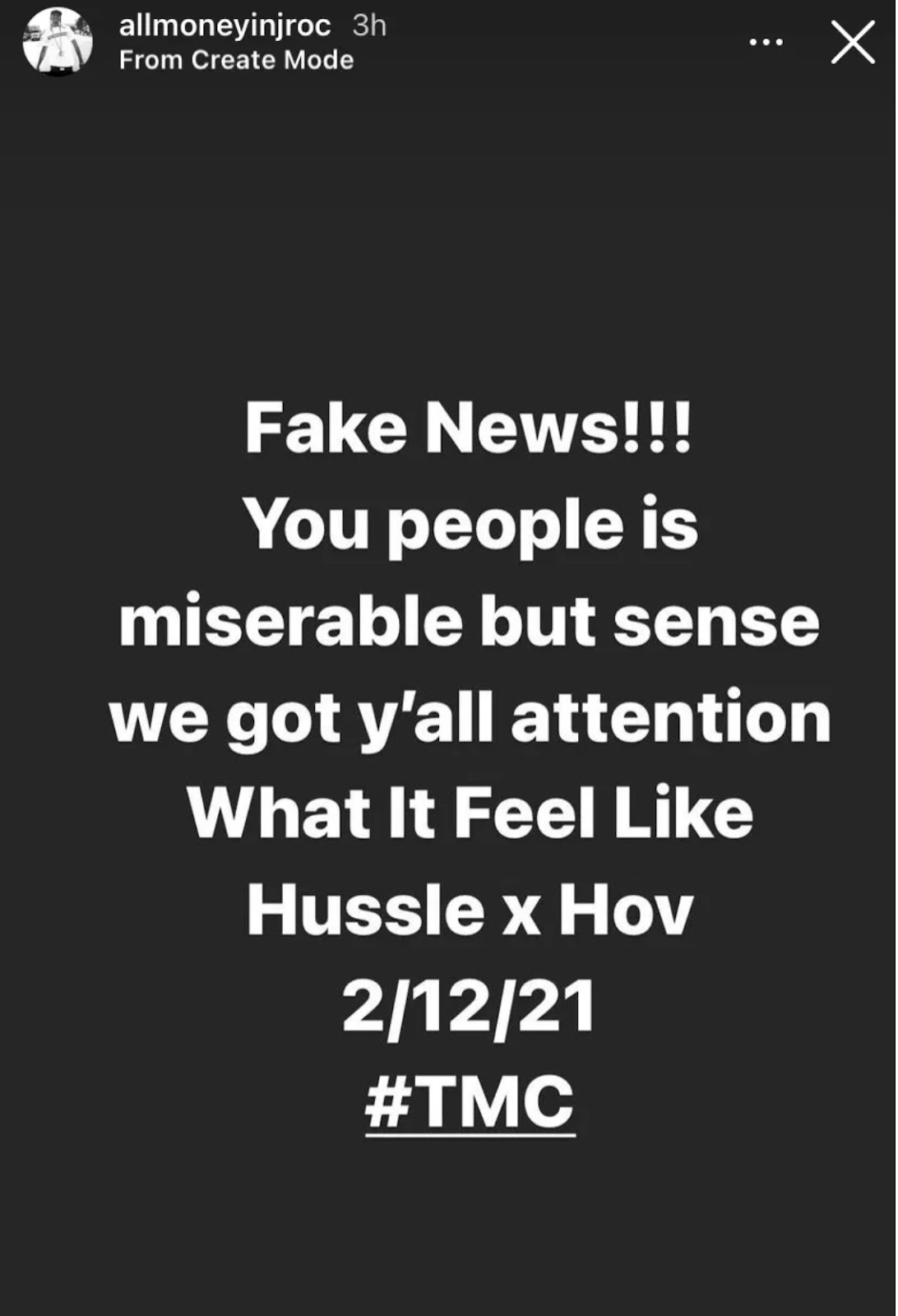 Lauren London takes to social media to clear the air after waking up to the ridiculous allegations. She takes to Twitter to tweet the following. 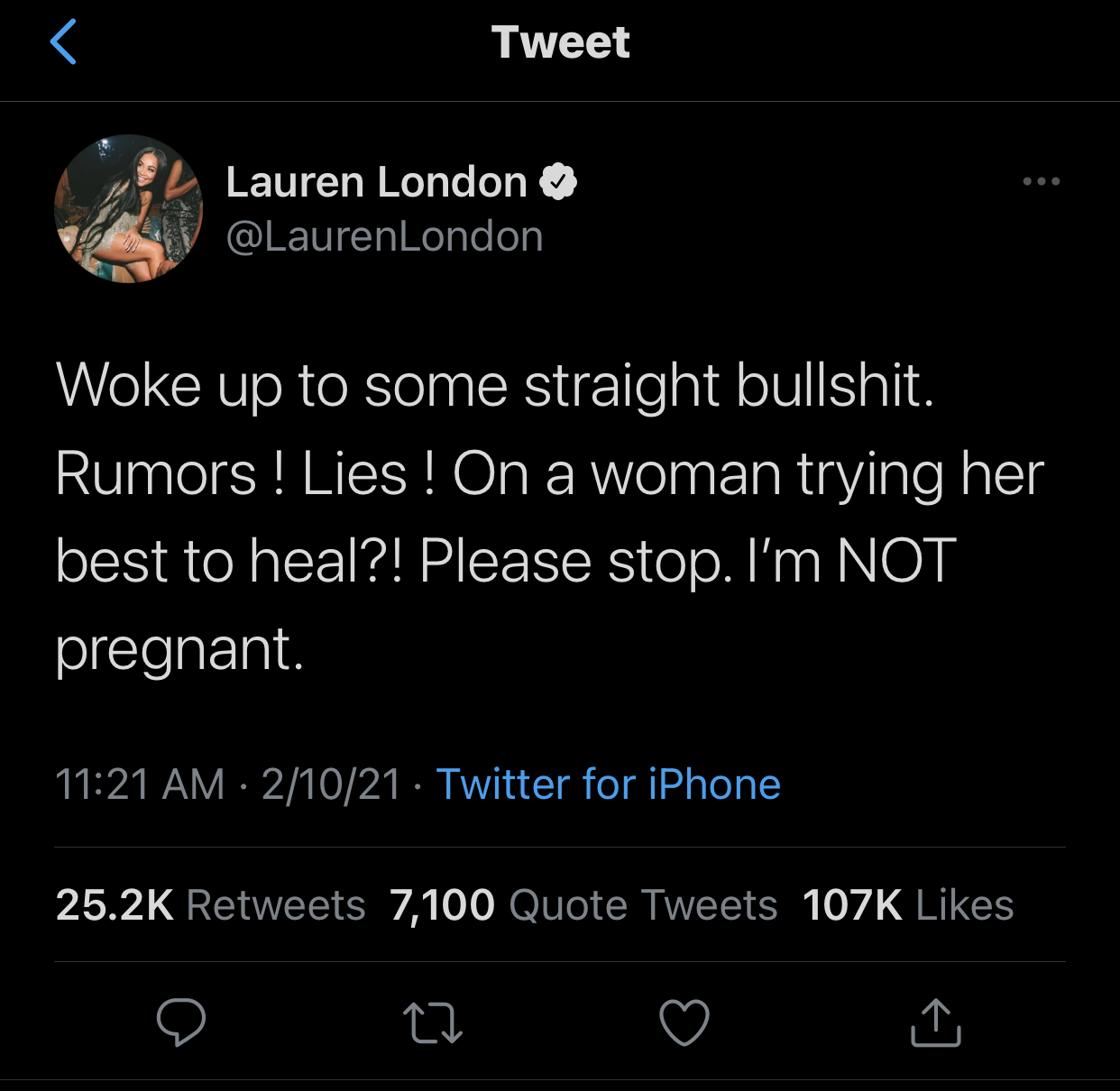 She then goes on to ask the media and world to let her grieve in peace. 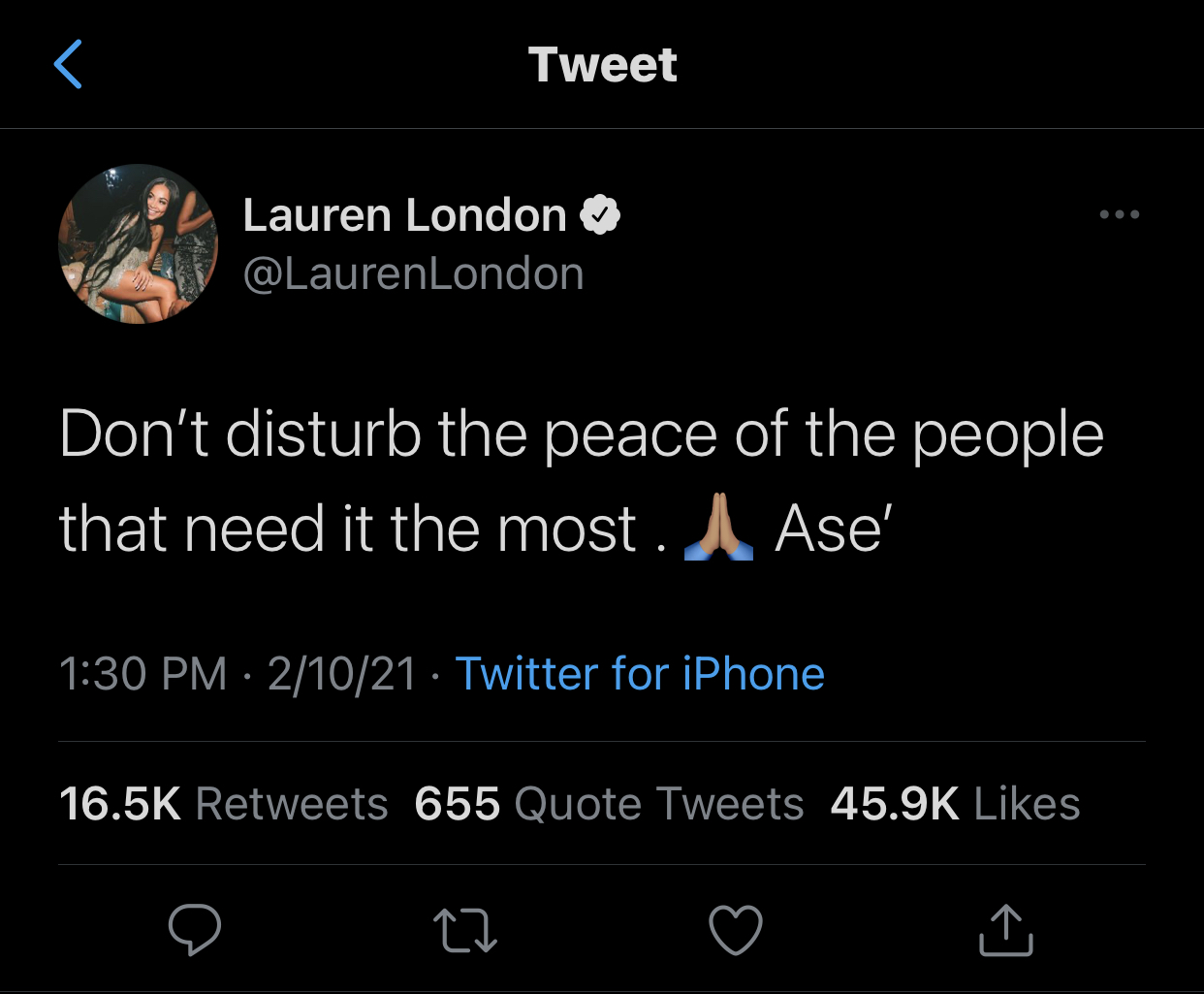 Since 2019, London has been mourning, but has embraced Nipsey's every posthumous achievement. Since his passing, he has won two Grammy awards last year for Best Rap Song and Best Rap Performance for his 2019 “Racks in The Middle” single featuring Roddy Ricch. He was also in the Best Rap/Sung Performance for his appearance on DJ Khaled’s “Higher” which also included John Legend. London has also been very active in his Puma clothing line campaigns. She also assisted with his posthumous musical appearance on the soundtrack to the forthcoming Judas and the Black Messiah film. This record is titled “What It Feels Like” featuring Jay-Z. The film hits theaters and HBO Max on Friday,February 12th..

Lauren has been very low key ever since the passing of Nipsey. The two have one son together, who is 4-years-old. As humans we all grieve differently and just like she’s always been, she’s remaining behind the scenes. Although the reports weren’t true, the fans on the other hand had a lot to say  in regards to whether or not Lauren should be moving on just yet. Some fans came to the actress’s defense while others felt it was too soon.