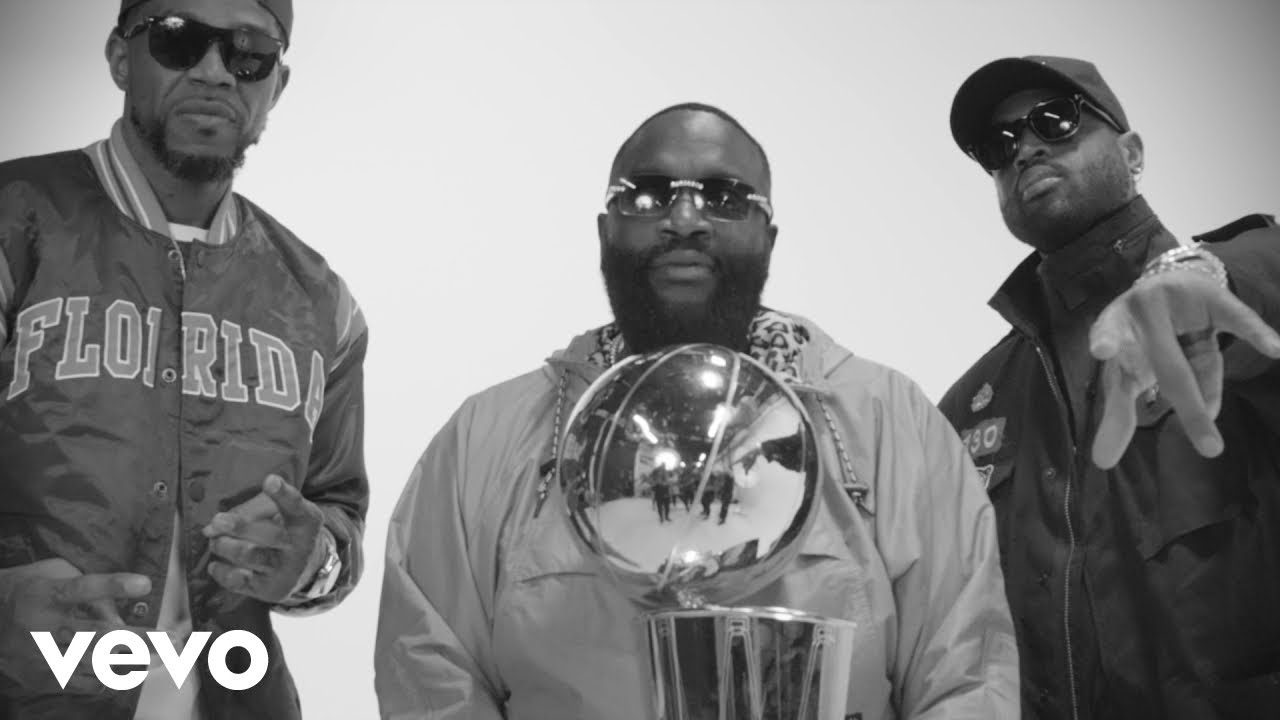 Rick Ross releases a tribute to Miami and he’s recruited Dwyane Wade, Udonis Haslem and Raphael Saadiq called “Season Ticket Holder.” The song starts off with an exchange between Wade and teammate Haslem.

“Sixteen years later,” UD says, “We done made history,” Wade responds, in reference to the championship success they brought to Miami.

Despite the fact that DWade was born in Chicago, Miami-Dade County commissioner once named the county ‘Miami-Wade’ county for a week 10 years ago.

In the video, Wade wears a No. 3 representing the “Holy Trinity” while taking photos with Ross, DJ Khaled, UD and the NBA Championship trophy.