Previously, Yo Gotti demanded Mississippi Governor, Phil Bryant to make changes at the continuously deteriorating Mississippi state prisons or face a lawsuit. Keeping to his words, Yo Gotti enlisted the services of Team Roc, the philanthropist branch of Jay Z’s Roc Nation, headed by the powerful attorney, Alex Spiro to file this lawsuit.

The lawsuit was filed Tuesday on behalf of almost thirty inmates of the state's prisons. According to the lawsuit, there has been a spike in violence in several Mississippi prisons, pointing out Parchman where three inmates have been stabbed to death in just the first week of 2020. 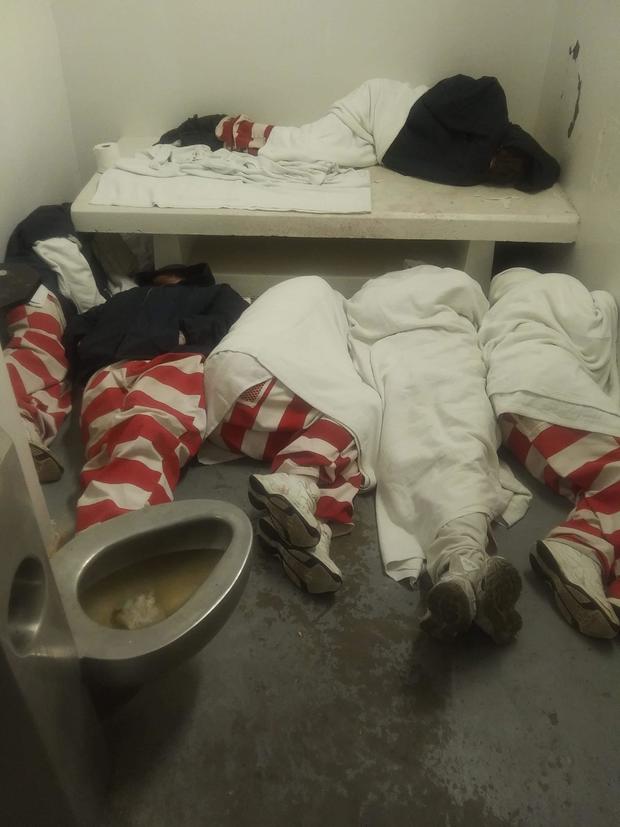 This undated photo taken by an inmate at Mississippi State Penitentiary at Parchman and provided to The Associated Press shows inmates seen lying on the floor next to a full toilet. After violence at the prison on Jan. 2, 2020, guards and state troopers marched some prisoners at Parchman into Unit 32, a cell block closed in 2011 as part of a settlement; the inmate says the unit has no running water or mattresses, and is plagued by mold and issues. Anonymous / AP Via CBS News

Seeking damages for the inmates, the lawsuit points out several deplorable and deadly conditions inmates are subjected to in Mississippi state prisons. The document claims these prisons to be understaffed as well as underfunded, intensifying the deplorable conditions inmates endure; Parchman as an example, where the mattresses aren't enough, sewage spills out of the floor, and the cells are covered in black mold.

The lawsuit also claims the drinking water inmates are subjected to, do not meet federal standards and the sheer number of prison guards in the prisons have left inmates unnecessarily exposed to harm and left unprotected.

Not only seeking damages, the lawsuit urges the department of corrections to address all the mentioned issues. Yo Gotti was outraged by the conditions of inmates in Parchman, and this eventually led to the lawsuit.